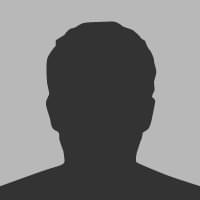 My adventures in IT.

I’m Mark Verbaas from Ridderkerk, near Rotterdam. I am married to Marloes and we’re the parents of our two boys, Bryan and James.

My first function was in a remote monitoring. Monitoring the Wide Area Networks of several multi-nationals. During this the basics of networking where part of the day. This was the time that home broadband was starting in the Netherlands, and only a few had routers in their homes. WiFi wasn’t even a thing!

The next function was still in the monitoring, but now including the Windows network and some applications. During this time I learned a lot about the Windows Server platform. Eventually I got involved in managing some of the applications used for monitoring. Most known is the System Center Operations Manager, and all of the names it had before. From here I got the chance to transition to a DBA role. Where I got introduced into the magical world of SQL Server.

During my times as a SQL Server DBA, I also got into PowerShell. Starting with simple scripting, but eventually using PowerShell with t-SQL to automate the more repetitive tasks. I also got my first intro in using Visual Studio to develop SSRS reports. And later on a complete BI solution using SSIS, SSAS and SSRS.

Nowadays I’m more involved in developing an application used for monitoring the SQL Server instances of the company. It involves all the things you can imagine in a DevOps/SCRUM world.